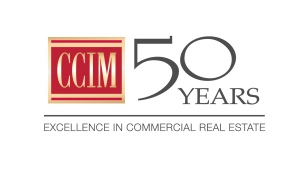 CCIM’s newest 164 designees were honored by CCIM Institute and their local chapter members during a pinning ceremony on April 4 during CCIM Institute’s Midyear Governance Meetings at the Fairmont Chicago in Chicago. The new CCIMs have varying years of experience and work in all aspects of the commercial real estate profession. They hail from 36 states, the District of Columbia, Puerto Rico, as well as five new CCIM designees from Canada and one from Germany. The states with the highest concentration of new CCIMs include California, Texas, Florida, Illinois, and Virginia.

“Being an Asian woman and new in San Jose, I needed to distinguish myself from others, and earning the CCIM designation does that,” says Helen Chong, CCIM, broker and owner of the Haylen Group in San Jose, Calif.

At the pinning ceremony, 2017 CCIM Institute President Robin L. Webb, CCIM, recognized the “different journey that each designee took to get to this point in their careers.” Also, senior executive at the National Association of Realtors, Janet Branton, welcomed the new CCIM designees to the NAR family. “Let us know how we can help you succeed,” says Branton, senior vice president of commercial and global services. CCIM Institute and NAR work together on legislative issues and research about the commercial real estate professional.

Another new designee, Birgit Eisenkoelbl, CCIM, moved in 2010 from Austria to the U.S. and earned her designation in only nine months. “CCIM Institute is great for networking and education,” says Eisenkoelbl, assistant property manager at Transwestern in Houston and a member of the Houston Gulf Coast CCIM Chapter. “The CCIM designation is well recognized in the industry, and the knowledge I learned has helped me navigate the more sophisticated markets and statistics within the U.S.”

“Earning the CCIM designation really means a lot to me. It was not an easy path because I was taking CCIM courses when I was pregnant with my second and third children,” says Chong, who belongs to the Northern California CCIM Chapter. “My clients are very impressed when I use the analyses learned through CCIM training.”

“CCIM designees are the elite group of commercial real estate professionals,” says Daryl Spears, CCIM, senior vice president and commercial lending team leader of USAmeribank in Birmingham, Ala. “My involvement in the Alabama CCIM Chapter has helped to guide me in the business, to direct me into more networking opportunities, and to introduce me to more people in the industry.”