Dallas-Fort Worth Leads US in Multifamily Investment 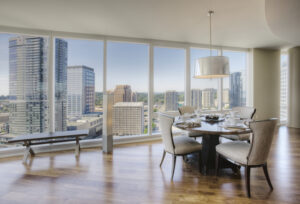 “Deal Volume Jumps As Investors Move Up the Quality Spectrum”

The Dallas-Fort Worth region led the country in 2021 for multifamily sales volume with an estimated $22 billion, more than twice that of a typical year. Deal velocity kicked into high gear last year thanks to the surge in pent-up demand that’s yielded record-setting rent growth.

As multifamily has become a favored real estate asset class among investors over the past decade, its share of total sales volume has steadily risen. In Dallas-Fort Worth, that share spiked 51% last year.

Given Texas is a non-disclosure state, another useful measure is sales turnover, or the percentage of units traded relative to existing inventory. In Dallas-Fort Worth, 17% of existing inventory traded in 2021, well above the average of 10% reported from 2018 to 2020.

Most areas of the region saw sales turnover jump with many suburbs and outer-ring cities seeing the largest gains. For example, Garland/Rowlett reported turnover of 29%, about twice the average turnover reported from 2018 to 2020. Several other areas reported turnover north of 25%, including East Fort Worth, Allen/McKinney, Lewisville/Flower Mound and Northwest Fort Worth.

For the first time, more investors are targeting higher end properties. Last year, four- and five-star units accounted for 51% of all units traded. Newer properties are taking a heavier share with about a third of all properties traded last year were built in the last decade.

This is a trend that’s steadily taken hold over the past few years and is a signal that more investors are pursuing properties that flooded the market over the latest development cycle. In the past, three-star units and lower typically garnered a higher share as investors targeted low- to mid-tier properties for value-add plays, a common strategy over the past decade. Targeting more recently built and higher quality properties during a hyper-competitive time has boosted the average price per unit to $172,000, up 15% year over year.